-
“Do not fear the terror of night,
nor the pestilence that stalks in the darkness,
nor the plague that destroys at noonday.”
~ Psalm 91:5-6 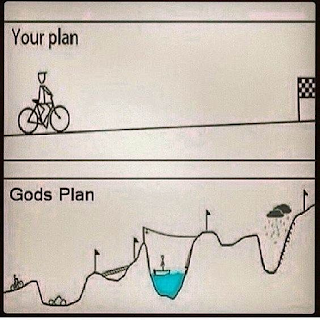 A few weeks ago, most of us were bopping along, doing what we do. We were in our grooves, taking care of business, then, WHAM! Schools and restaurants are closed. Sporting events and church services are cancelled, and we’re being told to stay indoors. If that wasn’t enough, some people began hoarding canned goods & toilet paper, leaving grocery shelves bare as if we were reliving the Cuban missile crisis.

We’re scared. As a people, as a nation, and as a planet we’re scared. Not only were any plans we had suddenly put on hold, our normal routines were completely up-ended. Like I said, some people are reacting negatively to their fears by hoarding supplies before their neighbors get anything.

Keep in mind, these probably aren't evil people who are wringing their hands, conscientiously trying to hurt the people around them. They're frightened, not just of the germ, but they don’t know where they fit in this new world.

However, we also have members of society who are reacting to their fear in positive ways.

• Jon Poteet & Ryan Ruelos, owners of Shine Distillery & Grill in Portland, Oregon, are making and giving away hand sanitizer.
• Grocery stores are designating “seniors only” shopping hours, so senior citizens can get what they need without battling crowds.
• Blake Lively has donated a million dollars to anti-hunger charities.
• Ryan Renyolds, Ciara, the Seattle Seahawks, Jimmy Fallon, and Lady Gaga’s makeup company have all made similar donations.
• My friend, and a high-ranking dean at Pacific University, Mary Von, is baking bagels & cookies for swamped doctors and nurses.

I'm absolutely positive there are numerous acts of kindness and compassion, stemming
from the coronavirus outbreak, which I’m not aware of. No matter how bad things seem to get, we have the ability to hold on to our humanity by allowing God to work through us.
on March 21, 2020 No comments: