A Tale Of Two Gods?

-
The sun had risen on the earth when Lot came to Zoar.  Then the Lord rained on Sodom and Gomorrah sulfur and fire from the Lord out of heaven.  And He overthrew those cities, and all the valley, and all the inhabitants of the cities, and what grew on the ground.  But Lot's wife, behind him, looked back, and she became a pillar of salt. - Genesis 19:23-26

Pretty harsh, right?  She simply looked back at her home being destroyed by fire, and a punitive God turned her into a pillar of salt.  Nowhere in the text do we see her being warned not to look back.  We only know that she was punished for her, seemingly justifiable, curiosity.  We don't even know if she died instantly or if she was aware of her body of salt eroding over time. 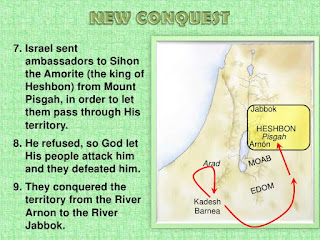 This wasn't the harshest thing attributed to the God of the Old Testament.  Numbers 31 tells us that God had Moses lead the Jews to kill all the Midian men, enslave the women and children, plunder their; cattle, sheep, and other goods; and burn their dwellings.  In Deuteronomy 2:34-37 God has Moses and the Israelites kill the entire population of Heshbon and occupy their cities outright.

The Old Testament is filled with stories of a punitive, even cruel, God.  Then Jesus began his ministry and started preaching about forgiveness, tolerance, and mercy.

"Judge not lest ye be judged," "Turn the other cheek," and "Let him who is without sin among you cast the first stone," are among Christ's greatest hits.  Jesus was all about forgiveness, rather than punishment.  It was his thing.

Forget retribution, the rules were different from pre to post Jesus.  I gave a few examples of the rigid laws the Old Testament Jews had to live by in a previous blog.  Such laws dictated what they could wear, what they could eat, how they had to prepare the food, when they could touch their wives, how much work they could do on the Sabbath, and every other aspect of their lives.

Fast Forward to the time of Jesus Christ, and Jesus was healing people on the Sabbath, picking grain on the Sabbath (Matthew 12:1), associating with tax collectors and prostitutes, and challenging the notion of strict adherence to rigid rules. 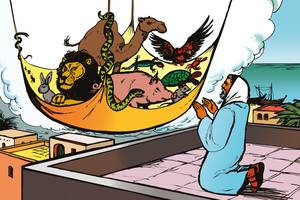 Shortly after Christ left the Earth, God gave Peter a vision repealing Kosher law, "The next day, as they were on their journey and approaching the city, Peter went up on the housetop about the sixth hour to pray.  And he became hungry and wanted something to eat, but while they were preparing it, he fell into a trance and saw the heavens opened and something like a great sheet descending, being let down by its four corners upon the earth. In it were all kinds of animals and reptiles and birds of the air. And there came a voice to him: “Rise, Peter; kill and eat.”  But Peter said, “By no means, Lord; for I have never eaten anything that is common or unclean.” And the voice came to him again a second time, “What God has made clean, do not call common.” This happened three times, and the thing was taken up at once to heaven." -  (Acts 10:9-16)

In the end, Jesus only commanded two things.  He commanded Christians to love one another and put our faith in God, through Jesus.  OK, He wanted us to be charitable and do good works, but those are by-products of loving one another.

So what changed?  How did a God of rigidity and punishment become a God of mercy and forgiveness?

Some people believe in the theory that we're reading about two separate Gods, a God of creation and a God of love.  The idea reminds me of the old cartoon where the wolf and sheep dog stop in the middle of a chase and clock out.  Then a new wolf and sheep dog clock in and continue the chase mid-stride.  Buzz, nope, but thanks for playing.  I have a hard time picturing the Universe running on a schedule of shift changes. Nor, can I picture the world as a football being handed from quarterback to running back.

I think the answer is far more simple.  We are God's children, literally as well as metaphorically.  When parents raise their children they have to be strict early on.  The child can't have a cookie before dinner.  They have to eat all their broccoli, go to bed at 8pm, clean their room, go to school, and under no circumstances should they cross the street by themselves.

The rules aren't imposed to be cruel.  They're enforced to keep children safe and healthy until they can develop their own higher reasoning skills.  Perhaps God was working under the cosmic equivalent of the same child rearing practices.

When humanity was a proverbial toddler we needed a strict rule book to guide and protect us.  Over time we grew to equally proverbial adults who could go to bed at midnight and have Oreos for dinner if we want to.

OK, the last metaphor was a little tongue in cheek, but you get the idea.  The more we've grown, dare I say it, evolved, the more slack God has given us to find our way.  I know what you're thinking.  You're looking at the world and thinking, "What a mess.  Maybe God should have held the reins a wee bit tighter and longer."

While that's certainly a valid way to look at it, perhaps the opposite reaction is more accurate and helpful.  If we accept the premise that God doesn't make mistakes, then we have to accept the idea that God, through Jesus, relaxed the law at just the right time in our development.  In other words, He knew the road would be bumpy, but as long as we love one another and put our faith in God He knows we have the tools to withstand the bumps.  And that's GOOD NEWS.
on May 22, 2018 No comments:

-
While suffering from; a level 10 headache, nausea, a tightness of the chest, a 102F fever, and a mouth full of sores; I found myself empathizing with Job. 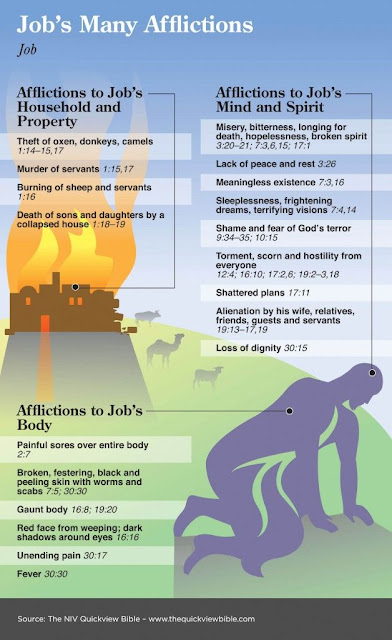 Job had it a wee bit worse than I did  (See the graphic to the left).  Nevertheless, the comparison seemed justified as I lay in bed making deals with God.

"Lord Jesus, if you get me through this and expedite my healing, I promise to abandon my sinful ways and be a good person."

I recited variations of this prayer MULTIPLE times, convinced that the next prayer would be the one to end my suffering.

Of course, such a prayer predisposes the idea that God punishes sin with illness and suffering.  Yet, if we can glean any lesson from Job it's that suffering isn't tied to behavior or faithfulness.  Job was TOTALLY faithful, and he was plagued with more suffering than most of us will ever have to endure.

Job aside, Jesus had to endure a bit of suffering himself.  Peter didn't fare much better either, being crucified upside down.  And don't get me started on the whole John The Baptist thing.  None of their suffering was a deserved response to sin.

Yet the Karmic idea persists that, "We deserve what we get."  I remember being 8 years old and having a woman at the grocery store tell me I'd be able to walk if the devil wasn't inside me.  Yes, that's it, I'm handicapped because I'm evil.  POPPYCOCK!  I'm not saying I'm a saint, but come on... Really?

I'm currently reading the Book of Wisdom in the Apocrypha, and Solomon describes Wisdom as a female spirit who guides those who will listen.  I don't believe God punishes us before we die.  I am of the opinion that God gives us the ability to make good decisions.  When we listen we're more likely to avoid trouble, e.g., Wisdom AKA the Holy Spirit coaxes Tom not to cheat on his wife and he remains in a loving marriage.

That being said, obedience isn't a force field protecting us from harm.  Sometimes grossly unfair fates befall us and we just have to make the best of it.
on May 09, 2018 No comments: