The Importance of Puppies

"The apostles returned to Jesus and told him all that they had done and taught.  And he said to them, “Come away by yourselves to a desolate place and rest a while.” For many were coming and going, and they had no leisure even to eat.  And they went away in the boat to a desolate place by themselves." ~ Mark 6:30-32

I had my quarterly Botox injections done this past Friday morning.  The doctor saw, from my pain log, that my headaches had taken a sharp upswing lately.  I told him I'd been under some stress lately.  I was referring to the fact that I'd recently given up my 14-year-old food blog in response to being put on a low sodium diet, and that two days prior my niece's, Natalie's, baby died in the womb, and she had to deliver the dead fetus, named Phoenix, weighing 1.3oz.  Fifteen minutes after my niece had gone into twelve hours of induced labor, a friend from my Mormon childhood died from cancer.

My body tensed.  Seeing I was having trouble relaying the causes of my stress, the doctor began to tell me how stressed he was over the plight of the Ukrainian people.  He went on to give a rather 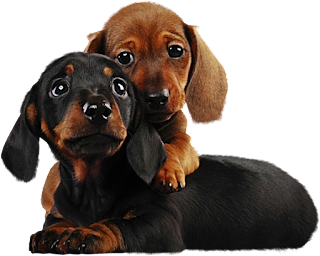 uncomplimentary critique of Vladimir Putin's character.  Then, I was treated to his, less than flattering, opinion of pro-Putin Americans.

Suddenly, his entire body relaxed as an aura of piece enveloped the man.  He said, "it's OK though, because at the end of the day I get to go home and look at puppies."  He was telling me that we all need that one thing that gives us pleasure and gives us a break from the rigmarole and negativity of the world.

He was right.  For him, it was cute little puppies.  For me, it's an art form which utilizes a series of images, deployed in a specific order, for the purpose of graphic storytelling, i.e., comics.  Even the apostles needed a break from spreading the Good News.

Sure, we need to be responsible and deal with the unpleasant parts of life.  However, we need to take time to enjoy the pleasant things life has to offer.

"The woman came and knelt before Him. 'Lord, help me!' she said. But Jesus replied, 'It is not right to take the children’s bread and toss it to the dogs.' 'Yes, Lord,' she said, 'even the dogs eat the crumbs that fall from their master’s table.' 'O woman,' Jesus answered, 'your faith is great! Let it be done for you as you desire.' And her daughter was healed from that very hour." ~ Mathew 15: 25-28 (ESV) 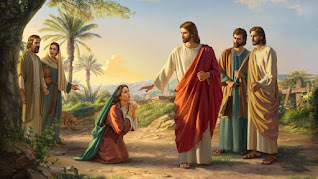 I was raised to see Jesus as the only perfect person to ever have walked the Earth.  I'd accepted the idea as an axiom (if religious axioms are a thing).  Then, I actually read the Bible.
In Mathew 15: 25-28, Jesus makes a racial slur, comparing Canaanites to dogs.  Unfortunately, this moment of racial insensitivity wasn’t the only tarnish I found on Christ's armor of perfection.
In John 2: 1-11, when Mary tells Jesus the wedding they're at is out of wine, Jesus calls her, "Woman," and essentially tells her it's not His problem.  He talked back to His mother.
Then in Luke 8: 22-25 His disciples wake Him during a storm at sea, and He grumbles at them, "Where is your faith?"  Jesus woke up cranky.
By my way of thinking, perfect people don't make racial slurs, talk back to their mother, or wake up cranky.  By my way of thinking, perfect people are kind and pleasant one hundred percent of the time.  Ah, but there’s the rub, I was holding Jesus to my idea of perfection without any objective reason to believe my idea of perfection was correct.
I still think racial slurs, flippant remarks, and post slumber crankiness are things to shy away from.  In the end though, it's not my idea of perfection that matters.  Like I said in a recent blog, I think it's a perfection we don't understand; it's a perfection we need to accept on faith.
on January 30, 2022 2 comments: 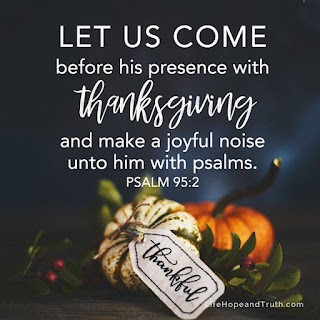 I pray a lot.  I pray when I wake up.  I pray when I boot my computer up each morning, revealing a picture of Christ displayed on my desktop's wallpaper.  I pray when a friend tells me of their struggles.  And, I pray before I go to sleep at night.
During these prayers, I always dedicate a line to thanking God for all He's done for me and all the good people He's put into my life.
I say the line every time.  The problem was, I was regurgitating the line, somewhere in the middle of a laundry-list of requests, without really thinking about the line.  It was a line, but I wasn’t feeling the thanks.
Saying, "thank you," without feeling gratitude is hollow, just empty words.
Thanksgiving is upon us; a holiday based on giving thanks.  I think it may be a good time to a prayer, purely of thanks, to my daily repertoire.
My Father in Heaven, thank You for all You've done for me throughout my life and all good people You've put into my life. I say thank You in the name of Your Son, Jesus Christ, Amen.
on November 24, 2021 No comments: