-
"But Naaman was angry and went away, saying, 'Behold, I thought that he would surely come out to me and stand and call upon the name of the Lord his God, and wave his hand over the place and cure the leper.  Are not Abana and Pharpar, the rivers of Damascus, better than all the waters of Israel? Could I not wash in them and be clean?' So he turned and went away in a rage." ~ 2 Kings 5: 11-12 (ESV) 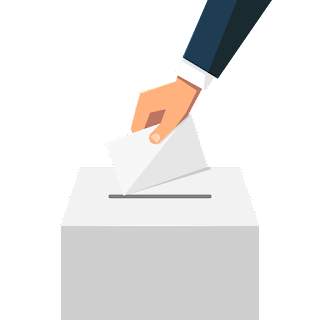 Last Sunday my pastor told the story of Naaman.  She explained that Naaman let his ego get in the way of the curative advice which had been given to him by God's prophet, simply because the aforementioned advice hadn't been delivered with the proper pomp and circumstance.
Ego: noun, plural e·gos.
Pastor Crow was, of course, referring to the third definition; the definition which allows a person to feel superior to others.  I don't think the timing was accidental either.  As I pen (OK type) these words, Americans are voting in our nation's midterm election.  Yes, I know this is my Christian, and not my political, blog.  But what's bothers me is more spiritual than political.
This election is centered around several hot button issues, and emotions are running high.  Believing in issues is fine.  However, we're becoming a country of people who are willing to vilify our fellow citizens for holding an opposing opinion.  Liberals, like me, have a tendency to think of conservatives as being greedy bigots keeping their collective foot on the necks of minorities and the poor.  Meanwhile, conservatives can see liberals as lazy perverts who haggle over child-slaves in the back rooms of pizza restaurants.
Of course, none of these labels are accurate across the board and some are laughably false.  We let people's political views keep us from knowing, and loving, one another.  The thing is, we miss out on knowing some really great people simply because they hold an opposing political view.
"If anyone says, 'I love God,' and hates his brother, he is a liar; for he who does not love his brother whom he has seen cannot love God whom he has not seen." ~ 1 John 4:20
on November 07, 2022