Loving My Enemy Can Be A Tricky Proposition

-
“But I say to you that listen: Love your enemies, do good to those who hate you, bless those who curse you, pray for those who abuse you. If anyone strikes you on the cheek, offer the other also.” ~ Luke 6:27-29 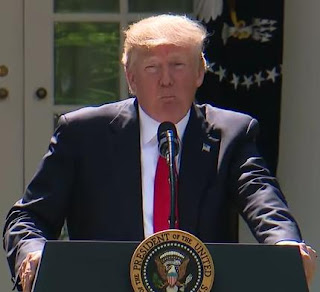 Subject: President Trump at White House garden podium | Photographer: White House Photographic Office |As a work of the U.S. federal government, the image is in the public domain.

I'm an American liberal Christian.  Right now my President, the President who often mocked people for wearing Covid-19 preventing masks, is a patient at Walter Reed General Hospital stricken with Covid-19.  When I first heard the news I cheered.  Being a liberal, I've viewed President Donald J. Trump to be an enemy of everything I believe in.  Thus, I was looking for Champagne to pop.
30 minutes later, I found myself embarrassed by my initial reaction.  As an American, I should have respect for the office of President, if not for the man who holds the office.  As a Christian, I should love my enemy, even while I fight against their ideas and actions.
I'd failed on both counts.  I need to do better.
Don't get me wrong, I won't be buying a red "MAGA" cap or voting for him any time soon.  Yet, I will pray for him as I'd pray for anyone with this awful disease.   I will also pray that this experience will increase his empathy for others.
Yes, I'll be voting for Joe Biden.  However, I don't need to wish Donald Trump dead in order to wish him out of office.
on October 03, 2020