"Whoever says he is in the light and hates his brother is still in darkness." ~ 1 John 2:9 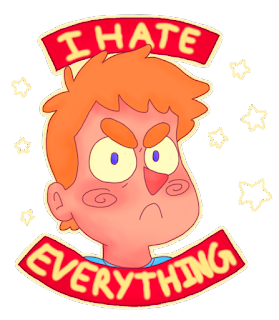 Not long ago, I wrote a blog about hate.  When I penned that piece, I was writing about hate in response to issues & politics.  Since then, the issue has hit closer to home.  Two close friends of mine have chosen to hate each other.
And yes, I use the word, "chosen," intentionally.  Hate is a choice.  We can't choose what others do, but we can choose how we respond to their choices.
Some will say, hatred of a social injustice can lead to justice.  Such people are confusing hatred with anger.  A mother can be angry at Johnny for taking the cookie, but she still loves him.  Likewise, emotionally healthy people can feel anger over a situation without allowing it to morph and fester into hatred.
The baffling part is that people who hate don't want to give up that hate.  They clutch it tightly, as if it's keeping them alive.  I don't know about you, but I've never known a hate filled happy person.  The hatred actually chokes out the happiness and keeps it from coming back.
If one had a rock on top of their head, which was keeping them from being happy, they would remove the rock.  Heck, if they tip their head the rock will probably slide off.  Yet, haters use their palm to press the rock into their scalp to MAKE SURE they don't lose it, giving themselves a headache.
-
Prayer: Help us release our hatred and heal from its effects.  Amen.
on September 20, 2021